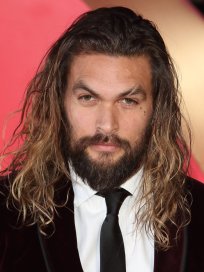 I know some would consider him an essential service

We have the boys back, and all is good. Only one thing went wrong, but that was like being jabbed with a sliver of wood when a comet is about to hit the earth.

However, some interesting news. Krakatoa volcano erupted. Not a big one, but jeez, what the hell? WWE (wrestling) was declared an essential service. I had to blink twice when I read that. A what? Essential… ? What next? Celebrity spas declared essential? Casinos? Jason Momoa’s hairdresser?

Lastly, a group of utter morons decided to protest the.. what? The virus? Or social distancing? Or rules? Who knows. They had all sorts of stupid conspiracy theories about this crisis, but one of the idiots who held up a sign “Fake news” still wore a mask. That’s like protesting against fatness while eating a chocolate bar.

Here, though, things were good. As soon as the boys got home yesterday night, we did an Easter egg hunt. Not that I could find many easter eggs when I did my one and only shopping trip (damn easter egg hoarders!), but they still both raced around the house like ferrets on speed, and of the 42 eggs (small, little ones that looked like a rabbit had pooped them out), each found 21.

That’s never happened before. Usually, one boy or the other just murders the quest. The-Youngest is faster and very eagle-eyed, but The-Oldest is taller and wiser and knows where ‘the Easter Bunny’ likes to hide stuff.

However, today, the boys got a barrage of emails about school tomorrow. One was super excited to get back to school, one was not. I feel for The-Oldest, the one excited about school. He planned to make this the best year, ever and now that’s as dead as a movie with any of the Suicide Squad characters.

Most of the emails were pretty vague as to what was going to happen and when, but more information will be coming. My guess is that teachers are still sorting it all out. I mean, hey, they have to reinvent the whole system in a matter of weeks.

I see the biggest challenge, music-wise, as the instruments. The-Oldest plays about a billion things as a one-man percussion section in the band (and for the musical, The Little Mermaid), so how is he supposed to do that? As well, The-Youngest plays something about the size of a small elephant (the bass saxophone) and has to share that with others.

How’s that all going to work?

I know, I know, more information coming on Tuesday.

My great failure, and the only thing that went wrong on this beautiful day, was trying to get the boys to make a diary. I mean, hey, this is a historical time, something they will tell their grandchildren about, so why not spend 5 min writing something down.

There were no takers.

“Don’t worry,” The-Prettiest-Girl-in-the-World said, “By the time they’re grandpas, they’ll just invent the facts anyway. ‘Back in 2020, yup, I remember that pandemic. We ate cardboard and had to wipe our asses with leaves, and not just any leaves, no sir, poison ivy leaves.”

She may have a point, but I’m not done bugging them yet.

For supper, I made an epic turkey dinner. Ok, not really that ‘epic’ as I had to use packaged stuffing, canned veggies, and a frozen turkey roll (instead of a real turkey), but it still tasted good.

Then, for the evening, we watched Onward, a free Disney movie that would have been in theaters right now except for the fact no one can go to a theater. Now, that was one great movie, a Pixar movie in the finest Pixar tradition. It makes you laugh, it makes you cry, and from a story-telling perspective, it hits all the beats at precisely the right moments.

So that was how we survived the day.

I hope everyone had a great Easter, and are healthy, safe and respecting the new world.

Aquarius. Traveler. Gamer. Writer. A New Parent. 4 of these things are easy. One is not. But the journey is that much better for the new people in my life. A life I want to share with others, to help them, maybe, to make them feel less alone, sure, to connect with the greater world, absolutely.
View all posts by Joe Cummings →
This entry was posted in Covid19, family and tagged chinese corona virus, chinese virus, cooking, corona virus, coronavirus, Covid19, dog, dogs are the best, humor, isolation, jason momoa, moistly, pandemic, pet, spazadoodle, the oldest, the prettiest-girl-in-the-world, the youngest, the-prettiest-goldendoodle-in-the-world, vegas. Bookmark the permalink.