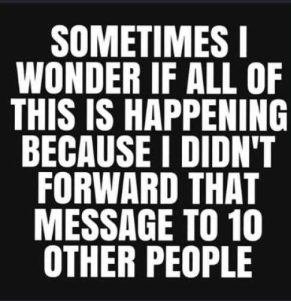 What do you do with freedom in a time where you can’t really do much? Well, we needed to get The-Prettiest-Girl-in-the-World’s car fixed (it needed a new battery). I mean, hey, if we didn’t have a car, we’d be in big trouble if something bad happened so this needed to be done.

In the outside world, it looks like school IS going online. This should be fun. As well, BC introduced a safe drug supply for drug addicts. It seems like we’re in the drug business now.

And a Mexican governor claimed that poor people are immune. Jeez, you can’t make this sh*t up.

Back home, I went on an epic quest to get a car battery. We booked an appointment yesterday, and I drove the car down at 8am. It almost didn’t start, but I found that by bouncing up and down in the front seat while swearing did the trick. (I think that’s in the manual.)

The mechanics had a good set-up for their customers. I could leave the keys in a bucket, and they’d get them, but they were also practicing proper social distancing, so I went in, kept my social distance, explained the problem, then wiped down my keys with my sanitary wipe and then gave them over.

For a moment, I asked myself, am I insane here? But then no, I need to be not just safe, but super safe.

I had planned to go for a walk as I could no longer simply sit in a Timmies and wait, but as I walked out of the garage, I realized I’d forgotten my wallet.

So, I didn’t really have a choice. I stomped home in the pouring rain, calling myself names. At 8:15am, there were few people out walking, even fewer on the road, and no line-ups anywhere.

That changed when I had to stomp back. The walk takes about an hour, and at about 11, there were a lot more people out. Being faster than a lot of people walking around, I had to shout out, “On your left!” as I came up behind him. 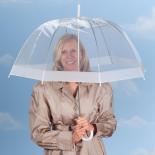 I need one to cover my whole body

Most were super nice and stepped aside, smiling or waving. One person, though, had the best umbrella for this event. A very deep, see-through umbrella. I don’t know if she didn’t hear me or didn’t speak English, but she was the only one who didn’t respect ‘the distance’ (however, she WAS under something that looked like a cone of silence.)

I felt like the walk was something I’d talk about for a long time. “Well, back in the pandemic of 2020, I had to walk an hour to get my car. In the rain.” Later tellings would likely include “with no shoes,” and something about a tiger.

On my walk, I saw there were now, line-ups at the banks, at the meat market, and at the grocery store. However, everyone was practicing proper social distancing.

I was proud of our neighbourhood.

I got the car without any troubles, continuing to practice proper social distancing, like I’d eaten 4 raw onions, some garlic cloves, and decided not to bathe for a week. I wiped down my credit card and the credit card machine, while the mechanic explained everything they’d done to make sure the car was good, again. After that, he explained they’d wiped down the car after fixing it, though when I got it, I wiped it down again.

Then, I went to Timmies!

I got 2 coffees and donuts (wiping the cups down before I put them into the cupholders.) When I got home, The-Prettiest-Girl-in-the-World burst into tears. No, not at seeing me or the car, but at her Timmies coffee. Just to be safe, we decanted the coffee into a clean mug.

I declared the great quest a success.

The rest of the day was full of the usual stuff. The-Prettiest-Girl-in-the-World declared that she hasn’t gone without make-up for this long since she was 6 (she’s still The-Prettiest-Girl-in-the-World, though.) However, last night came out looking like all the skin had been peeled from her face, and we were half-way to the hospital before she could say, it’s a facial mask, silly.

Ok, small exaggeration there, but man, for a moment there she became The-Scariest-Girl-in-the-World. Like Leatherface scary.

The-Oldest worked on his final piece, and I have to say, it sounded so beautiful. Sometimes he loves to experiment with sound, which is like me experimenting with nails on a chalkboard, but today, oh, man, just incredibly beautiful stuff.

The-Youngest mostly hid in his room, emerging only to work on his layered jello project. He’s at 4 layers now and vows to eat it all in one sitting. Yikes.

So, just another day in paradise.

please let any seniors know they can use this number

Thanks to everyone who has liked, shared, or commented on the blog. It means a lot to me (and to The-Prettiest-Girl-in-the-World who was moved to tears.)

Be safe, be healthy, and respect this new world.

Aquarius. Traveler. Gamer. Writer. A New Parent. 4 of these things are easy. One is not. But the journey is that much better for the new people in my life. A life I want to share with others, to help them, maybe, to make them feel less alone, sure, to connect with the greater world, absolutely.
View all posts by Joe Cummings →
This entry was posted in Covid19, Parenting and tagged 211, chinese corona virus, chinese virus, corona virus, coronavirus, Covid19, humor, ICBC, isolation, pandemic, parenting, schools, the oldest, the prettiest-girl-in-the-world, the youngest, yoda. Bookmark the permalink.