Why An Alberta Adventure? 2018

This is my first blog in a while, but it’s also the first on my new website. The site is still a work in progress, but I hope you check out everything there, sign up for the super exciting newsletters, and share the post if you like it. Any comments and feedback would be greatly appreciated. 🙂 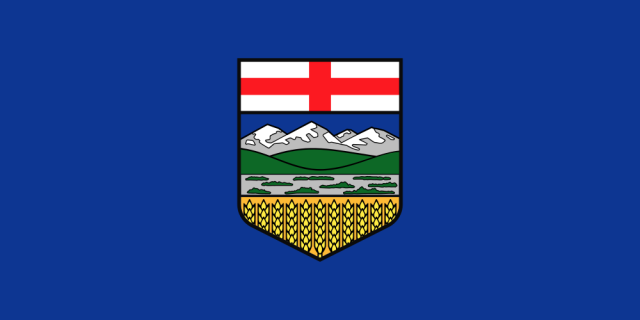 Alberta – Did you know Alberta hosts an annual testicle festival?

Being on-call for work,  the Prettiest-Girl-in-the-World can’t get a ton of time off, but this year, she managed to get nearly a week. Not quite a whole week, but 6 days. Hard to do Europe in 6 days. Hard to even do Disney World in 6 days. Or Hawaii.

So we planned to see a place the boys had never been. Alberta.

Not as many leaning towers there. No spectacular seaside resorts. No cities with gangster tours. But that doesn’t mean there aren’t things to see.

First and foremost, many of our peeps are out that way. The-Prettiest-Girl-in-the-World’s parents live in Oliver and Osoyoos, and her bestest bestie had settled in Stony Plain (near Edmonton), which (coming from Calgary) is like someone choosing to live in a smelly basement rather than a penthouse suite. I mean, who could really like Edmonton? It’s either too hot or too cold. There are far too many mosquitoes, and their hockey team cheats. A lot. And looks funny. 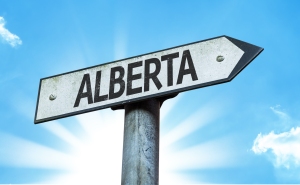 The road to Alberta lies this way ->

But aside from Edmonton, we’ll see the incredible Rockies, Drumheller with all its dinosaurs, the Calgary Zoo, the various monuments erected to celebrate my years in Calgary, and up north, near the polar bears and Santa’s hut, Edmonton’s famous mall.

Anyway, so, yeah, lots of reasons to head east.

And all doable in 6 days.

No planes, no trains, just one automobile. 30 hours driving, all told.

So a plan was made by the Prettiest-Girl-in-the-World and me, a balance between play-it-by-ear and making sure we have a place to stay each night.

We tried to lock down the key things, like the Calgary Zoo and since we have to actually book an appointment to see his majesty the panda, we had to be at the panda pavilion at 3:45, but what time we actually arrive at the zoo, well, we’ll play it by ear.

As well, we booked all our hotels so we wouldn’t have to search for a place to stay at the last minute. We could park our bags, take a nap, check out FB, Twitter, Instagram, youtube, and all things internetie, and chillax at the pool while deciding what’s most important.

The Rockies, the prairies, Drumheller, Calgary, Edmonton… there’s a lot to see

But no sooner had we made our generalized plan than The-Youngest took over. The oldest, even right now, still doesn’t quite know what we’re doing even though we’ve told him 10 times, spent an evening showing him our plans on a map and even made a colorful file

folder he could consult at any time.

But The-Youngest, well, bless him, he loves to plan. It’s part of the trip for him. It’s the anticipation. It’s ‘see what others have done.’ It’s imagining himself doing all sorts of cool things.

So, come read the next post and see how an 11-year-old mind works.

How much do you plan for your adventures?

Aquarius. Traveler. Gamer. Writer. A New Parent. 4 of these things are easy. One is not. But the journey is that much better for the new people in my life. A life I want to share with others, to help them, maybe, to make them feel less alone, sure, to connect with the greater world, absolutely.
View all posts by Joe Cummings →
This entry was posted in Parenting, Travel, Traveling with kids and tagged alberta, bad lands, calgary, calgary zoo, dinosaurs, drumheller, edmonton, humor, humour, pandas, prairies, step-dad, stepdad, the oldest, the prettiest-girl-in-the-world, the rockies, the youngest, Travel, travel writing, Traveling with kids, west edmonton mall. Bookmark the permalink.