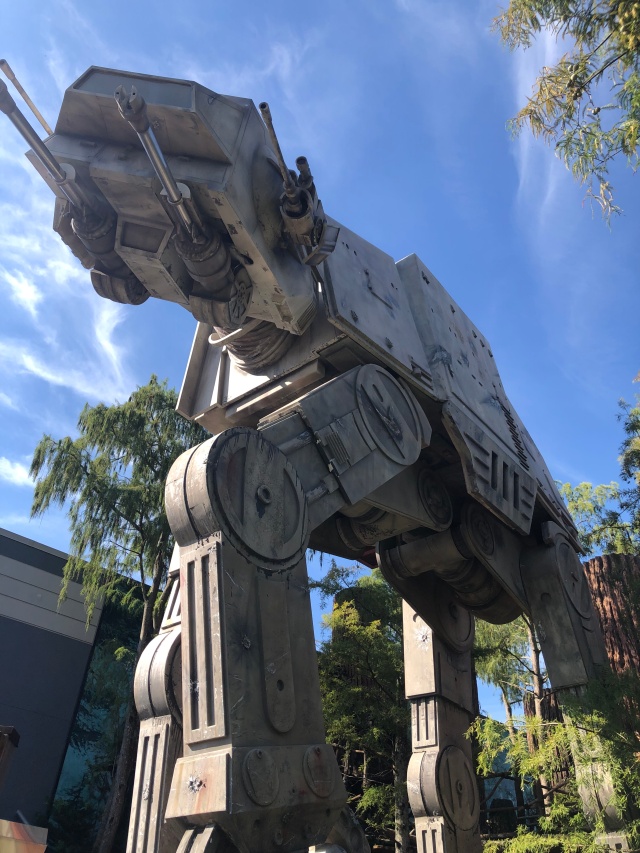 The force is with me! ATAT in front of Star Tours

Probably more than most places, Disney World can have some unpredictable moments. Day 4 would turn out to be filled with moments that we couldn’t have planned…

I mean, first of all, who could have planned a bus would go to the wrong theme park? We missed the rope drop which meant that our plan to do the Twilight Tower of Terror failed. See, the keeners (and those with good bus drivers) were at the gate at 9 am, racing to the ride and line up. By 9:15, a ride can go from a 0 min wait to a 120 min wait.

I’m not sure we could have made the Tower of Terror in time anyway, me being less likely to, you know, actually sprint to the ride, but certainly, by 9:15, we were too late.

No worries, though, The-Youngest was kind of iffy on the whole falling elevator ride, so we marched to Star Tours where we had a 9:15 Fastpass.

Sadly, I marched us completely in the wrong direction.

It was one of those days.

Mini Jedis! How cute is this? I wanted to join but there “rules against that”

When we arrived at Star Tours, we were 30 min behind schedule, but the way Fastpasses work meant we could arrive from 9:10 to 10:10, and still bypass the lines, so it wasn’t critical.

Hollywood Studios’ Star Tours remains one of my favourites and the only ride The-Prettiest-Girl-in-the-World had wanted booked. It’s really an earlier version of Avatar: Flight of Passage, just with less high-tech graphics and sphincter clenching moments.

We dodged Imperial fighters, zipped through asteroid fields, and made it past Darth Vader without him killing us. Then, after spending a little too much time in the shop designing my very own lightsaber (and looking longingly at Star Wars T-shirts, we checked our Disney app to see what was available.

Right beside us, the Muppet Show had no line-up.

Uncharacteristically, The-Prettiest-Girl-in-the-World became super excited about seeing the show, so off we went. As we sat down, I think she had her ‘being-a-kid’ moment, as she shifted expectantly in her seat. She was excited to be in the Muppet theater, to glimpse the old men in the balcony, and watch Kermit the frog try to keep order in the face of muppet chaos.

The 3D show was amazing, even though it was not a new show. Sure the seats are a little worn, but the show remains strong. We laughed, got misted with water, had bubbles fall on our heads and to The-Oldest’s horror, watched as the musical finale failed in a comically way that only the Muppets can fail.

Me, I had the horrible realization that I’ve become the old men in the balcony! Gosh!

By the time we left, it was time to race to our next Fastpass ride, the Rocking Rollercoaster. But first, we had tried to find a real Kermit in one of the shops, one with a hole in his bum where you could stick a hand. For some reason I never asked about, it was the dream of The-Oldest to have such a Kermit.

However, we failed to find one with a hand hole. Maybe it was considered too rude to stick your hand up his bum. 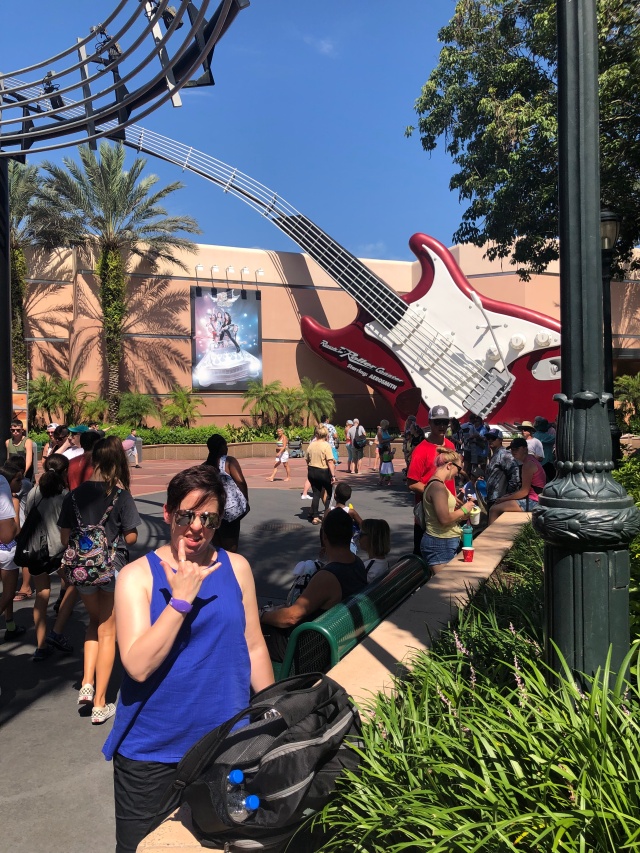 By the time we reached The Rocking Rollercoaster, we were already past the Fastpass start time. Luckily The-Youngest led us there because if I had led us, we may have ended up in Wisconsin or something.

Neither The-Prettiest-Girl-in-the-World or I had any desire to do this ride so we let the boyz get into line, and we scoped out the gift shop. By the time the boyz came out, their faces white, walking on unstable legs, looking like they’d either come close to death or had a lot of fun, we decided to fully embrace the Disney experience: We decided to do something super goofy.