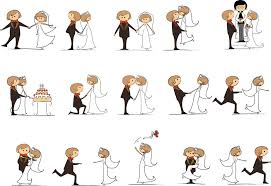 Weddings, oh the happiness, the joy, the stress

Well, now that the proposal-part has been done, it’s time to take a look at what our wedding will look like. Or not look like.

There are so many decisions to be made.

Big wedding or small? Harder for us to actually do a big wedding as we have to pay for it and some clown spent a lot of money on a ring and helicopter ride, but we’ll see what we can manage.

Where? Oh so many choices. Not a destination wedding. Not an elopement. Something nearby. Something nice, but not massively expensive. Something warm and intimate if possible. Our friend Sheila nailed it. Small Italian restaurant. We want a similar experience.

And what about theme, flowers, dresses, suits, and the second most important thing, food? All these things have to be decided and decided sooner rather than later. Already some of our ‘spots’ were booked. (In one case, booked up to 2017!!!)

So, we’ll continue to think, to plan, to compromise.

In the meantime, I had some great ideas. However, not all of them were approved. Here is a list of the Top 10 Ideas that didn’t quite make the cut.

Plus, we could drive away the in bat mobile.

So what ideas do you have?

Aquarius. Traveler. Gamer. Writer. A New Parent. 4 of these things are easy. One is not. But the journey is that much better for the new people in my life. A life I want to share with others, to help them, maybe, to make them feel less alone, sure, to connect with the greater world, absolutely.
View all posts by Joe Cummings →
This entry was posted in Wedding and tagged batman, dark knight, darth vadar, dread pirate roberts, game of thrones, hobbit, hockey, Princess Bride, princess leia, red wedding, rous, skating, sky dive, slave girl outfit, sound of music, walking dead, wedding, wedding plans, zombies. Bookmark the permalink.