Who said hockey cant be terrifying?

I’ve made plenty in my new life as a hockey-parent, but this one may be my biggest.

I’ve signed up to be a volunteer for The Youngest’s hockey team.

Now, please understand that I’m not going to actually go on the ice, cuz that would embarrass both of us, no, I’m the designated collector of money from all the parents.

To ‘sell it’ they called the position ‘the treasurer’, which sounded super awesome and powerful, like the master of coin in Game of Thrones. “He who controls the money, controls the kingdom,” kind of stuff. 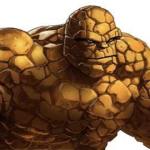 Gord on a good day

But make no mistake, it’s going to be about getting the money. Big biker guys like my friend, Gord would be great at this. Nerdy guys with glasses like me, not so much.

So, here’s how my first day went. I went to the 6am practice. I was introduced as ‘the treasurer’.

No one seemed as impressed as they should have been. No one bowed down to my awesome power.

Then I learned I had to collect a fee for the jerseys. There was some debate as to how much, but I was told I’d be told. 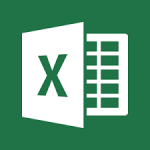 Exel to the rescue!

I left without much of a clue of what I had to do, but I hoped I’d learn more, later. Being a keener, and not having a clue, I did what I do when I don’t have a clue – I make a worksheet.

So I went home and created something on excel. The Prettiest-girl-in-the-world had to help me since I was so rusty, but I got the names of the parents, I added columns for payments, and I brought out my colored pencils for future use. I was totally ready.

Then, I brought my binder and fancy worksheet to our first game. And that’s when the fun began.

“I, err, what? I dunno. No one’s said anything yet about a dollar amount, yet.”

Parent: “But you’re the treasurer.”

Like a turtle pulling its head into its shell, I hoped that would make me safe.

Parent: “When do I post-date the check for? April?”

“Post date? April? Errr. Ahhh.” I must have looked like the guy who decided it was a good idea to swim with the great white sharks without a cage. “I’ll have to ask.”

“But you’ll send us something on teamsnap?”

“Teamsnap? Err, no, that’s the manager.”

Now it was all cool and stuff that people wanted to pay on the first day. Really cool. It was the last thing I expected. Even my worksheet had not been set up to accept cheques before anyone, including me, actually knew what cheques we’d have to write.

So, as soon as the practice was over, I asked the coach, found out the amount needed for the jerseys, took the few checks offered, then staggered out of the dressing room looking, I think, like I been asked to explain complex calculus to a class of 8 year olds. I had that same eye twitch thing you usually see in teachers at the end of the year.

Then someone took pity on me and decided to help me out. They managed another team and knew all the fees I’d have to collect, knew I had to make a budget, knew I would have to figure out tournament fees and ref fees and party costs and blah, blah, blah. It was all a blur.

But it gave me an idea of what I had to do. 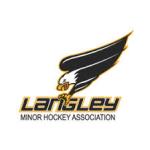 Days later, we got an actual manager and he confirmed what had been said to me. Together we worked out the costs, the needed funds, the budget and how I could link it all to the greater powers known as the LMHA (Langley Minor Hockey Association.) Christ, I felt like I was back in Accounting 200.

But then I realized just how much money I had to collect, how organized I’d have to be to make sure nothing fell through the cracks, and, as I feared, that a ton of my time, at least in the beginning, would be occupied with collection duties.

Joe, what have you done?

What had I gotten myself into?

Aquarius. Traveler. Gamer. Writer. A New Parent. 4 of these things are easy. One is not. But the journey is that much better for the new people in my life. A life I want to share with others, to help them, maybe, to make them feel less alone, sure, to connect with the greater world, absolutely.
View all posts by Joe Cummings →
This entry was posted in Hockey, Hockey Life, Parenting, Sports, Stepdad and tagged collections, excel, fees, goalie, hockey, hockey fees, hockey goalie, humor, humour, langley minor hockey association, LMHA, Minor Hockey, parenting, parents, prettiest girl in the world, ref fees, the youngest, tournaments, treasurer, worksheets. Bookmark the permalink.

2 Responses to My Big Mistake – A Hockey Cautionary Tale