Adventures in Step-daddying – Cutting It Short

There are rites of passage we all must go through. First walk to school alone. First dance. First job. But somewhere in-between them all is first garden chore.

Back in my day, I had a briggs and stratton gas mower, old-fashioned manual clippers and a rake. I didn’t get paid for it, it was part of my allowance.

Now in our house, the boys don’t get an allowance. They do, however, get paid for the chores they do. The Oldest, wanting a treadmill, needed a way to earn more money.

Oh, I nearly jumped out of my chair when I heard those words. “I want to earn more money.” The boys have learned as soon as they say they’re bored, they don’t have anything to do or they need money, I leap into action and find something for them to do. So, yeah, they usually don’t say those things.

This time, however, he couldn’t help himself. The Oldest needed more money. Simple as that. So I turned to an old favourite. Mowing.

We went and checked out all the mowers. Weighed the pros and cons. Pushed them around in the stores. Talked to the sales people.

Then he made his choice.

Gas was too loud. He’d heard the neighbours run their machines and hated that he’d wake people up or bother them. Electric had a cord he didn’t want to lug around, but it was lighter and much, much more quiet. That left the cordless electric. A little less power, not too expensive and only good on mostly dry lawns. That meant he’d have to mow a little more often.

He accepted the challenge and we bought one. A cobolt blue Kobalt mower. Vrrooom!

When it came time to assemble it, I asked him, do you want to do it the Joe way where you basically yank it out of the box and toss all the stuff on the ground and assemble it by sheer intellectual willpower? Or do you want to read the instructions.

He read the instructions.

It was put together without a single piece left over. 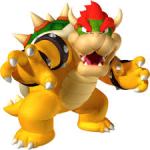 Then he took it for a spin. I know he was nervous. I know he wasn’t sure what to do. I know he would have rather been inside smacking Mario’s arch enemy, Bowser, but today, today he mowed!

It took a few runs to get used to how the blades cut, how the wheels could be used to help line up the next cut, and how to set the height of the mower. But after a few minutes, he was a pro. He marched up and down our front lawn, scything the grass to the correct height.

He didn’t want to say anything, but I think he was proud of himself.

He’d completed another right of passage. One of many this year.

And so many more to go.

I know with each one, he’ll become more and more confident in his ability to handle the world, but you know what, that’s a little sad, too. The more time we spend making sure he’s going to be ok, the more we’re giving him his own space. One day, he won’t need his parent, he’ll be his own man.

I can already see the signs.

In some ways, I wish he’d never grow up. In other ways, I can’t wait for the next rite of passage.

Aquarius. Traveler. Gamer. Writer. A New Parent. 4 of these things are easy. One is not. But the journey is that much better for the new people in my life. A life I want to share with others, to help them, maybe, to make them feel less alone, sure, to connect with the greater world, absolutely.
View all posts by Joe Cummings →
This entry was posted in Blogging, Parenting, Stepdad, writing and tagged gardening, humor, humour, kobalt, mowers, mowing, right of passage, step-dad, stepdad, stepdaddy, stepdaddying, the oldest. Bookmark the permalink.

2 Responses to Adventures in Step-daddying – Cutting It Short