Everything Remains the Same Except When It Doesn’t 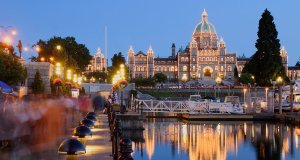 But it seems Victoria had other ideas.

Oh I know that it’s impossible for NOTHING to change (even in Victoria), but I was worried at how much my beloved city could have been altered. It’s still beautiful, but is it still the same?

I noticed the first change when we arrived at our hotel, the Accent Inn. I’ve stayed there a lot over the years. It’s something that would never change, right?

Ah, no. The restaurant attached to the Accent Inn had been demolished. I dunno why, but it’s a big mess of bricks and stone dust. Maybe somebody was served a bad sausage or something.

Then I find out that the Colwood Whitespot is gone. Gone! Or moved. Either way, it’s not there anymore.

After doing the whole Fort Rodd Hill thing, I had planned to take the boys there for milk shakes. But no, the building was vacant and the business had moved on.

So, milkshakeless, we decided to take a quick tour through my old neighbourhood.

The boys could care less.

I don’t blame them. They don’t have any connection to my history, and me pointing to my house and saying, that’s my house, well, that’s not exactly amazing or exciting. No aliens landed there. No monsters were spawned in the basement. No great soccer stars were forged in the backyard.

Gone was the driveway I played hockey on, the shrubs I used to hide behind to scare my brother, the flowers mom and dad had planted. I’d been back to the house last year so none of this came as a surprise, but still, my personal history is missing something. Worse, no monuments to me have been erected, the avenue has not been changed to Joe Lane and there aren’t any tour buses parked outside with someone shouting, oh, God, is that really HIS house?

There was a carport added. That’s it.

No wonder the boys weren’t impressed. 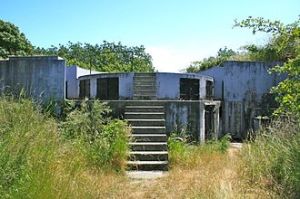 In all honesty, the whole neighbourhood hasn’t changed much. Hey, it’s Esquimalt. Not a fashionable area.

But you know what, I was lucky to grow up there, to grow up in a nice-sized house with a large backyard, a backyard where we could play soccer, chase the dog or shoot arrows into our neighbour’s lawn. A block away was the beach. That beach is still there. Macaulay Point is still there, still attached to the beach, though all the cool fortifications we used to climb on are now cemented up and sealed off.

Such is the state of our world now. Everything, everywhere is a threat to children.

Still, we were incredibly fortunate to have that park and to be that close to the sea. But we were kids and it was just normal. I wonder what the boys will find is no longer ‘normal’ when they grow up? Maybe having a good-sized yard. Maybe being able to walk to school. Maybe being able to afford a house at all.

Will they bring their children by their old neighbourhood and bore them with stories of what used to be there or where they used to play? Will they point to the developements that once used to be fields? Or will they be happy in their flying cars, chatting in Klingon while giving their kids a virtual reality tour directly from their brain?

Since I have none of those things, we had to drive. We drove by where I played baseball, cheered on by a cute red-haired girl I was madly in love with when I was 10. We drove by my middle school that has become a French Immersion school. Not a lot of good memories there.We drove by my high school which has not changed at all, save for the addition of a few portables and the fact that Garth’s underwear is no longer flying from the flagpole.

We drove through the army base where most of my best friends lived, then moved on after a year or two. Gone are the tanks and obstacle courses. We climbed on the latter even though we were never really supposed to do that. Now there are only open fields. 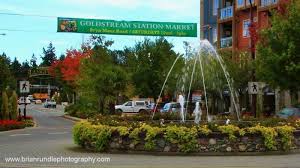 And then there’s Langford, that place where people from Esquimalt could say, well, at least I’m not from Langford.

Now they’ve gone and made it all Oak-Bay-ish with a fancy roundabout, a fountain and all sorts of colorful flowers. New shops sit under good-looking condos. The old mall has been revitalized. But the theater where they served real buttered popcorn has closed. The should have kept the theater. I will miss that theater.

Like everywhere else on the island, Downtown Victoria has changed a bit. The parliament buildings have not been moved, or if they have, they haven’t moved much. Maybe a little to the right. 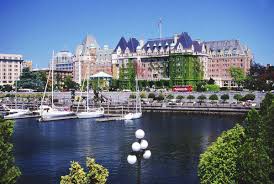 The Eaton’s Center is now the Bay Center, but the building is basically the same. Gone is one of my most favourite model shops, but another has held on, entrenched in a location on Fort st.

In the end, the boys endure a long trip down memory lane without raising a fuss. For them, it’s just a boring drive. But for me, it was nice to see that enough has remained the same. Some things have changed, but thankfully, not too much.

I think that’s the difference between the old and the young. We older folk no longer crave the new, we like our leather chairs worn-in, our shoes comfortable, and the towns we grew up in to remain familiar and ageless.

How many people have gone back to their old towns and found something similar? Or has everything changed?

What would you rather have, a home town that remains the same or one that is unrecognizable?

Aquarius. Traveler. Gamer. Writer. A New Parent. 4 of these things are easy. One is not. But the journey is that much better for the new people in my life. A life I want to share with others, to help them, maybe, to make them feel less alone, sure, to connect with the greater world, absolutely.
View all posts by Joe Cummings →
This entry was posted in Blogging, Parenting, Travel, Traveling with kids, Victoria, writing and tagged bay center, eatons center, esquimalt, fort rodd hill, fort st, high school, humor, humour, joe lane, macaulay point, memory lane, monsters, The Empress, the oldest, the prettiest-girl-in-the-world, the youngest, whitespot. Bookmark the permalink.